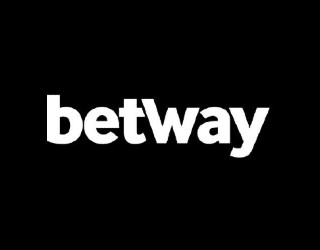 ​bouldering: Using hands and feet to climb over, around, or down large boulders. Most bouldering routes are in the canyons of Red Rock.
buttress: A large flat portion of rock that stands out from a wall behind it.
cairn: A pile of rocks used to mark a path or route.
canyon: A deep narrow valley with high steep sides.
catch basin: A depression in sandstone where water collects.
chimney: A steep narrow chute with parallel walls.
chute: A steep well-worn passage. A chute is larger than a crack, but smaller than a gully.
closed loop: A trail or path that makes a complete circle.
conglomerate rock: A rock composed of many types of pebbles and minerals.
crack: A fracture in a rock; varies in size, but normally less than one foot in width
crag: A sandstone wall scaled by technical climbers.
cryptobiotic soil: A fragile type of soil found near Lake Mead. Do not walk on it.
face: The steep side of a mountain.
fall: A normally dry place that becomes a waterfall when it rains or snows. A dry fall is a class 2 or higher climb.
frying pan: a person who insists their photo be taken frequently
gully: A broad low-angled depression that runs vertically down the side of a mountain.
limestone: a dense, sharp rock found in Mt. Charleston
narrows: A tight passageway in a wash, formed by wind and water erosion over thousands of years.
open loop: A trail or path that makes an incomplete circle. The trailhead and the trail’s end are in different locations. A car shuttle might be required.
pass: An obvious cleft or break in a ridgeline where it is possible to cross.
path: A non-maintained pathway that is more difficult to follow than a trail, but easier to follow than a route. Some paths are former trails that have become overgrown or faded. Paths are normally created by hikers and climbers.
pull-out: A place to park along a paved road. A pull-out is either paved or made of gravel or dirt.
ramp: An inclined sandstone ledge.
ravine: A small, narrow, steep-sided valley that’s larger than a gully, but smaller than a canyon.
rock scrambling: Class 2,3 and 4 climbing up and over rock without the use of ropes. Video
route: A hike that is navigated by using landmarks. There are no marked paths or trails to follow.
saddle: A low point between two peaks, ridgelines, or high points.
sandstone: Porous rock made of sand. scree: An accumulation of small rocks found on a slope.
scree: Loose rock and gravel on a slope
slope: A very low-angled face of a mountain. summit: The peak of a mountain.
switchback: The zigzag pattern in a trail or path that makes it easier to go up the side of a mountain.
talus: Loose rock and gravel on a slope.
tank:  Larger than a catch basin where water gathers after a rainstorm.
topo map: A map showing the details of the contour of the land by means of lines and symbols.